AGE OF EARTH ACCORDING TO VEDAS


From Nyaya Darsana we learn the method of deciding about scientific 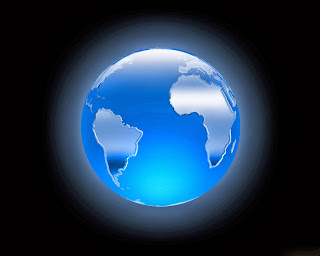 proofs. Here we give the summary of the Eight types of Proofs and then discuss the age of earth.

(1) Prathyaksha Pramānām: Sound (Shabdam), Touch (Sparsha), Picture (Rōpam), Taste (Rasam) and Smell (Gandham) are respectively related to ears, skin, eyes, tongue and nose. Ears, skin, eyes, tongue and nose are called senses (Gnanendriyas). Sound, touch, picture, taste and smell are respectively called properties of these senses. When senses with their respective properties come in contact with mind and the mind contacts the soul the required knowledge is acquired. This procedure of acquiring the knowledge is called Prathyaksha Pramānām. This Prathyaksha Pramānām should meet three criteria viz., (a) Avyapadesya, (b) Avyabhichari and (c) Nischayathmakam.

(a) Pūrvavath: If future knowledge is acquired because of past reason, then the Pramānām is called Pūrvavath. For example formation of clouds gives the idea of rain.

(b) Sheshavath: If something happened in the past and its knowledge is acquired due to present knowledge then the Anumānam Pramānām is called Sheshavath. For example looking at the smoke at a place one can suspect that previously there was fire.

(3) Upamānam: The knowledge acquired due to similarities is called Upamāna Pramānām. For example let us say that a person ‘A’ knows what a cat is but does not know what a tiger is and then let ‘A’ be explained that a tiger looks like a cat but is much bigger in size and has black stripes on its body. Then on seeing a tiger, ‘A’ compares it with a cat and ascertains that it is a tiger. This type of acquiring knowledge is called Upamāna Pramānām.

(5) Ithihyam: History can be taken as a Pramānām as long as it is having recordings written or told by someone who can be regarded as Apta.

(7) Sambhavam: Sambhavam means possible. If someone says that “Bhimasena kicked earth like a foot ball”, then since it is not according to nature this is not possible. Therefore the statement cannot be regarded as a Pramānām. We should look for possibilities of the situation or description given.

(8) Abhāvam: Abhāvam means absence or negation of something. When a teacher asks his students to get flowers which are not having yellow color in them, then the students search for flowers which have absence of yellow color. Such a Pramānām is called Abhāvam.

Let us proof the age of earth, human life on earth and that of Vēdas after creation with the help of the above Pramānās.

(1) Can we decide the age of earth with the help of Prathyaksha Pramānām? The answer is no. Since no one living today knows directly when it started.

(2) Can the age of earth be decided with the help of Anumāna Pramānām? The answer is yes and it should be Sheshavath Anumāna Pramānām. Since we have to decide the past with the help of present details. Now we have to find some present evidences which decide the age of earth. For example “radiometric” dating methods help find the age of a material. How far this method can be accepted depends on the mathematical details which under lie in the calculations. For example the radiometric method uses radioactive decay of a material and its half life. Radiometric dating (often called radioactive dating) is a technique used to date materials such as rocks, usually based on a comparison between the observed abundance of a naturally occurring radioactive isotope and its decay products, using known decay rates. Now that we know the procedure we should rely on the mathematical details that give the procedure to find the age of a material. This mathematical details or the radioactive law is purely statistical and many assumptions are made. Assuming that the procedure and the calculations are correct/ then the answer that someone found by this method is between 3.2 to 4.5 billion years old. This answer is not widely accepted. Now let us proceed and see what we (Vedic people) have to say about the age of earth.

Age of earth according to Vedic people:

In sandhya vandanam we (Vedic people) take Sankalpa (Oath) in the following manner.

Since this is the history of Vedic people we can also consider this proof as Ithihya Pramānā.