His Holiness Jagadguru Swami Satyananda Saraswathy, was born on the 22nd of September, 1935 in Andurkonam, near Thiruvananthapuram(Trivandrum), the capital city of Kerala.

Swamiji was a spiritual child and exceptionally gifted.He was an excellent student, a gifted poet, orator par excellence and a promoter of classical arts.As a school teacher and as a spiritual teacher, Swamiji was a true ‘Gu-Ru’, (Sanskrit: Darkness-Go ). He spiritually and mentally charged people and pushed them from Andhakar (darkness) to Prakasham (light).

Swamiji had His early education in Pothankode primary school, Thonnakkal Eswaravilasam Middle School and Kaniapuram High School. Even at a very young age , He developed a strong spiritual earnest.

* At the age of 8, Swamiji started reciting Sreemad Bhagavatham of Thunchat Ramanujan Ezhuthachan, the father of malayalam literature.

* As a boy aged 9, He had darshan of Lord Krishna and would frequently play with him, the cosmic sustainer, ignoring the childish play of other boys.

* He was inspired by the writings of Swami Vivekananda and Subhash Chandra Bose. When in the fifth standard, an inexhaustible desire to take Sannyaas entered His young mind.

Swamiji did His graduation in Economics and History from Mahatma Gandhi College, Thiruvananthapuram. Later He did BEd from the university college, Kerala. During college days:

* Swamiji actively participated in extra curricular activities. He always topped in academic activities as also in elocutions and essay-writing, etc.

* A symposium on ‘Kumaranashan and his Doctrine of Love’ was organised by Him.

* He was involved in ‘Sarvodaya’ activities at the age of 18. He met Shri Kelappan, the Sarvodaya leader.

* Swamiji was an avid reader of Gandhian literature and participated in the Gramadan, Geevadan programmes. He held responsible positions in ‘Shanti Sena’ at the national level.

* He also render valuable service to the weak and downtrodden sections of society.

By divine means, Swamiji encountered the Avadhoota-sage, Brahmashree Neelakanta Gurupadar (himself an embodiment of the Supreme One and the founder of Sree Rama Dasa Mathom in Chenkottukonam on 4th July, 1962), who made Swamiji His chosen disciple.

During the 3 years of close association with Gurupadar, Swamiji attained spiritual and intellectual bliss.The Guru-Shishya relationship they had was a living example of ‘Guru Geeta’ and re- enaction of the blissful love between Sree Rama and Lord Anjaneya.

Swamiji did MA in Philosophy but did not appear for the examination as per the desire of His Guru.

Gurupadar, who (having the Siddhi of Ichha-Mrityu) postponed His Samadhi for 32 years waiting for His disciple to come, finally attained Nirvikalpa Samadhi on 26th May, 1965 after anointing Swamiji as Mathadhipati.

At age 30 Swamiji, as humble as humbleness itself and as spritually powerful as Lord Hanuman Himself, took on the great tasks Gurupadar gave Him,which were:-

* Strengthening the backbone of the beaten and battered Hindu Society.

* Evolving a socio-cultural financial system based on Sanatana Dharma.

* Evolving a system of education that combines the values of traditional Indian culture and modern science and technology.

* Correct interpretation and popularisation of the historical and cultural heritage of India.

* Co-ordinating the numerous, varied and unassociated Hindu units all over the world.

All this was to be done whilst upholding the Sanatana Dharma and walking on Gurupadar’s path which said:-

He started a revolutionary Divine movement turning the humble Ashrama into an organization of International significance. He did this by:-

The mission has renovated many temples and organised socio-cultural groups to disseminate His message.

5. Since 1978, the activities of S.R.D.M. took on the form of a Spiritual resurrection movement.

Amongst numerous pioneering achievements, important were:

* As president of the Nilackal Action Committee, Swamiji restored the holy place for Ayyappa devotees and amicably settled the dispute between Hindu and Christian religious groups.

* In April 1983, in response to the desecration by communal miscreants of an ancient and sacred temple at Palukachimala Hill, Swamiji organized a convention of Hindu Sannyasins and subsequently a procession of sannyasins was conducted for the first time in the history of free India, from Palukachimala in north Kerala to Kannyakumari, (the southern-most tip of the Indian mainland) in the form of a “Jyoti-Prayana” . Over 800 meetings were held on the way criticising the iconoclastic tendencies of vested interests. The event kindled the enthusiasm of all sections of the Hindu community. Sannyasins representing 28 Hindu religious organisations accompanied Swamiji in the Jyoti-Prayana !

* In 1993, He organized a conference of Hindu spritual leaders from South India to foster unity among various schools and traditions and inspire sannyasins to take up a leading role in the rejuvenation of society.

* The proposed Harivaraasanam project at Sabrimala, of which Swamiji was the progenitor.

* Swamiji setup the Kerala Devaswom Board in an effort to unite the various temple organizations in Kerala.

* Swamiji started the Hindu Aikya Vedi (Hindu Unity Forum), was the First Chairman of the same, and was in the forefront to thwart attempts to subvert the administration of Hindu temples by unscrupulous politicians.

* He was executive member of Kendriya Marg Darshak Mandal and Rama Janmabhoomi Nyas Manch (organization for reconstruction of Sree Rama Mandir at Ayodhya).

In the year 2000, with the urgent need for World peace, Swamiji organized and carried out the unparalleled Shatakoti Archana (1 Billion Chants of Divine Mother’s Name – ‘Lalitha Sahasranaam Archana’), in which thousands of people devotedly chanted and prayed. 501 lamps (deepas) lighted from all of India’s well known temples were transported without being extinguished from all corners of the country, and people chanted whilst seated before these lamps. It was also the first time in India’s history that an entire train was chartered to ferry people from Maharashtra to Kerala to chant the Lord’s name! It also commemorated the centenary of Gurupadar’s birth (23rd December, 1900).

7. In the same year Swamiji together with Narayan Maharaj of Maharashtra carried out DWI-SHATAKOTI ARCHANA (2 Billion Chants, 1 billion each of Lord Shiva and Lord Dattatreya) at Sri Kshetra Narayanpur, near Pune.

8. Swamiji delivered the keynote address at the World Hindu Conference in August 2000, at Port of Spain, Trinidad and Tobago.He led the Indian delegates in the sessions on Elimination of Poverty at the Millennium World Peace Summit of Religious and Spiritual Leaders at the U.N. in August 2000.

9. With an aim to integrate future generations of Hindus living abroad with their culture, Swamiji inspired the formation of ‘ Kerala Hindus of North America ‘ and provided Divine patronage.

10. Swamiji never believed in the publicity and commercialization of spirituality that is occuring today.

With a unique Divine purpose and minimal fanfare, Swamiji conducted tours all over India and countries like USA, Canada, Singapore, Switzerland, Malaysia, Trinidad and Tobago, Guyana and Surinam to spread His Guru’s message of Universal Brotherhood.

11. Swamiji also ensured uninterrupted continuation of Gurupadar’s tradition of Parayanam (recitation) of entire Adhyatma Ramayana daily at the temple at Chenkottukonam for more than 8 decades and it still continues to this day.

12. In 1989, He started the glorious, spiritual and beautiful Sree Ramanavami Rathyatra covering the southern States of India annually since then.

13. Sree Rama Navami Hindu Maha Sammelan (over 12 days) at Trivandrum is carried out every year since 1991, which is a congregation of eminent scholars, pundits, orators and saints.

14. Swamiji founded Manishi Herbal Research Foundation for excellence in Ayurvedic Research and production. Swamiji Himself prescribed the formulations of many previously unknown and potent medicines, which are available through the Mission.

* S.R.D.M.U.S. MEDICAL MISSION was started by Swamiji so that doctors and researchers from all medical spheres (allopathic, ayurvedic, homeopathic, etc.) can provide relief to numerous suffering people in a charitable manner, organising free clinics, mobile dispensaries, and with plans for a super-speciality hospital. The mission carried out extensive work in Mumbai.

Swamiji envisaged the construction of a massive monument, i.e. A 521 foot Murti of Lord Hanuman covered by Panchaloha (5 metals), in Ramagiri, Maharashtra. This is predicted to become a world Hindu Centre with a massive hall for mass prayers, a Ramayana theme park, and holistic health centre, so that all people visiting may be reminded of our glorious cultural heritage, feel peaceful and be prayerful.The Ashram in Ramagiri is the only place to keep a lamp burning uninterrupted 24 hours a day, the jyoti (flame) being taken from Swamiji’s Samadhi in Kerala.

A massive scientifically built spiritual nucleus already exists in the Ashram premises at Trivandrum in the form of a 108 foot high temple in the area where the Shatakoti Archana was performed. This was named “Jyotikshetra” by Swamiji as thousands of people were witness to a Divine Light in the sky at the culmination of the Shatakoti Archana in the year 2000. The temple was entirely designed by Swamiji and is a unique architectural achievement.

Poojya Swamiji attained Mahasamadhi on the 24th of November, 2006. The centre of this temple now houses Swamiji’s Samadhi.
Posted by MANOJ KUMAR B at 8:36 am No comments: Links to this post 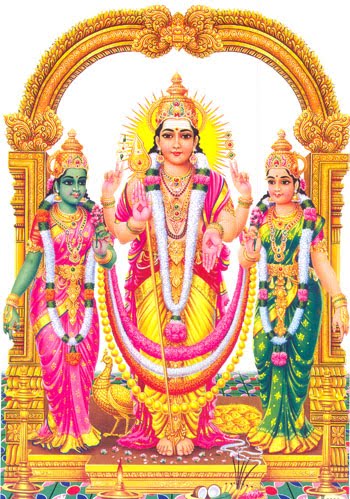 Posted by MANOJ KUMAR B at 10:44 am No comments: Links to this post

10 Ghastly but Hauntingly Beautiful pictures of the Indian Cannibal cult of Aghoris.

The much criticized and yet intriguing Aghoris are a cannibalistic sect of Hinduism who generally live by the cremation grounds and feed on the corpses brought there for funeral but unconventional cult has usually been misconstrued because their practices are considered too abysmal for the civilized society to digest. Here are a few pictures and lesser known facts about the cult.

They believe that the highest form of discipline is to be free from all worldly disciplines.

They live in isolation as they don’t want to be dependent on society.

As far as cannibalism is concerned, they only eat dead and half-rotted dead bodies to avoid rebirth and attain moksha.

They live in cremation grounds to overpower fear.

They are mostly naked as they want to break the chains of shame.

Marijuana and Liquor helps them in meditating.

They are said to have superhuman powers.

The ash on their bodies comes from the burnt remains of corpses.

They only eat and drink out of bowls made out of human skulls and every Aghori must procure one for himself.

And despite of all that condemnation the Aghoris are an enigmatically intriguing sect which you cannot ignore.

Posted by MANOJ KUMAR B at 12:30 pm No comments: Links to this post

Most of the Hindus denies some Purana's (myth) and Ithihasa's(like Ramayana, Mahabharatha) which contains more imaginations. Besides Purana and Ithihasa, the main Hindu scriptures are Bhagawat Gita, Vedas, Upanishads and Manu Xmriti (Manu Smirthi).

Bhagavad Gita : Most popular and the maximun number of translations available amongst all the religious scriptures of the Hindus.

Manu Smirthi : The Holy Book and Hindu Book of Laws

Prohibition of Idol Worship in Yajurveda

"There is no image of him. He is unborned and He should be worshipped" (Yajurveda, Chapter 32, Verse 3)

"They are entering darkness, those who worship the natural things(like air, water, fire etc.), they are sinking more in darkness who worship created things." (Yajurveda, Chapter 40, Verse 9)

"Do not worship anyone besides him alone, praise him alone" (Rigveda, Book 8, Hymn 1, Verse 1)

"Those whose intelligence has been stolen by material desires, they worship demigods" (Bhagavad Gita, Chapter 7, Verse 20)

Prohibition of Idol Worship in Upanishad

"There is no likeness of him" (Svetasvatara Upanishad, Chapter 4, Verse 19)

"His form cannot be seen, No one can see him with the eyes" (Svetasvatara Upanishad, Chapter 4, Verse 20)

"God is one and only, not a second" (Chandogya Upanishad, Chapter 6, Section 2, Verse 1)

"Of him (God), there is no parents, no Lord" (Svetasvatara Upanishad, Chapter 6, Verse 9)

Courtesy-  ദിനേശ് പള്ളിക്കൽ
Posted by MANOJ KUMAR B at 5:40 pm No comments: Links to this post

Posted by MANOJ KUMAR B at 4:34 pm No comments: Links to this post

( Courtesy: Nirbhayam )
Posted by MANOJ KUMAR B at 4:29 pm No comments: Links to this post