The Tragedy of the Modern Age


The cruel man above is representative of the mentality
of the people of the current age, i.e. Kali Yuga, where 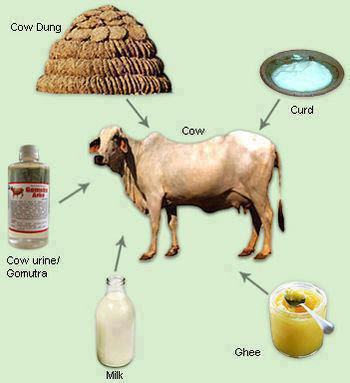 cow-slaughter has become common, even in India, where the cow was revered as “MOTHER” till some time ago.

The above story of Maharaja Parikshit was being narrated by the great devotee, Suta Goswami, to many sages assembled at a holy place called Naimisaranya over 5000 years ago. This was a little before this age of Kali began. These sages could not believe that in the coming days of Kali Yuga people would kill cows. The idea was so shocking to them. What would these great sages say today if they saw that the very leaders who are supposed to protect cows, like Maharaja Parikshit did, are instead opening organized slaughter houses for killing cows?

The Importance of the Cow and Bull.

The people of our times have forgotten that the Cow is the most important animal for human society. The Bull is the emblem of Dharma and cow is the representative of the Earth. When the Bull and Cow are in a joyful mood, it is to be understood that the people of the world will also be in a joyful mood. The reason is that the Bull helps in production of grains in the agricultural field, and the Cow delivers milk, the miracle food which can be further converted into curd, yogurt, butter and ghee. Milking a Cow means drawing the principle of religion in liquid form. Cow’s milk is so pure that it is considered liquid religiosity. So in scriptures Cow is considered to one of our MOTHERS. The Cows give milk and the Bull gives grains through tilling the land, they are considered the MOTHER and the FATHER of human society. Both the Cow and Bull are symbols of the most offenceless living beings because even their dung and urine are of IMMENSE VALUE (medicinal, fuel, etc.) to human society.

Human society must, therefore, maintain these two animals carefully. But, unfortunately, both are being slaughtered in large numbers, in India itself it is 60,000 per day and in U.S. on weekends it is 1,59,500 according to recent statistics. These greatly sinful acts are responsible for so many troubles in present society. To kill cows means to end human civilization. People do not know what harm they are doing in the name of economic development. They do not realize that only by seeing that bulls and cows are happy in all respects, human society can be happy. This is a FACT by the LAWS OF NATURE.