Rajnish Osho ~ "What is India?" 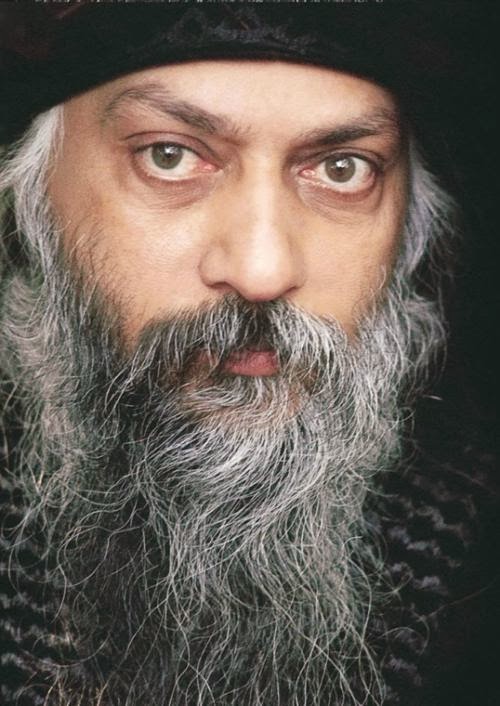 I recently read an excellent book and would like to post an extract from it - “India My Love, Fragments of a Golden Past”, written by Osho, a very popular mystic spiritual teacher who had and still has an international following. This book is so touching that it brings tears to the eyes of every single person who understands the real meaning of India.

“India is not just geography or history. It is not only a nation, a country, a mere piece of land. It is something more: it is a metaphor, poetry, something invisible but very tangible. It is vibrating with certain energy fields which no other country can claim.

It is strange because it has renounced everything for a single search, the search for the truth. It has not produced great philosophers – you will be surprised to know it – no Plato, no Aristotle, no Thomas Aquinas, no Kant, no Hegel, no Bradley, no Bertrand Russell. The whole history of India has not produced a single philosopher – and they have been searching for truth! Certainly their search was very different from the search that has been done in other countries. In other countries people were thinking about truth; in India, people were not thinking about truth – because how can you think about truth? Either you know it, or you don’t; thinking is impossible, philosophy is impossible. It is absolutely an absurd and futile exercise. It is just like a blind man thinking about light – what can he think? He may be a great genius, may be a great logician – it is not going to help. Neither logic is needed nor genius is needed; what is needed is eyes to see.

Light can be seen but cannot be thought. Truth can be seen, but cannot be thought; hence we don’t have a parallel word in India for `philosophy’. The search for truth we call darshan, and darshan means seeing. Philosophy means thinking, and thinking is circular – about and about, it never reaches to the point of experiencing. India is the only land in the whole world, strangely, which has devoted all its talents in a concentrated effort to see the truth and to be the truth.

You cannot find a great scientist in the whole history of India. It is not that there were not talented people, it is not that there were not geniuses. Mathematics was founded in India, but it did not produce Albert Einstein. The whole country, in a miraculous way, was not interested in any objective research. To know the other has not been the goal here, but to know oneself.

For ten thousand years millions of people persistently making a single effort, sacrificing everything for it – science, technological development, riches – accepting poverty, sickness, disease, death, but not dropping the search at any cost… it has created a certain noosphere, a certain ocean of vibrations around you.

If you come here with a little bit of a meditative mind, you will come in contact with it. If you come here just as a tourist, you will miss it. You will see the ruins, the palaces, the Taj Mahal, the temples, Khajuraho, the Himalayas, but you will not see India – you will have passed through India without meeting it. It was everywhere, but you were not sensitive, you were not receptive. You will have come here to see something which is not truly India but only its skeleton – not its soul. And you will have photographs of its skeleton and you will make albums of its skeleton, and you will think that you have been to India and you know India, and you are simply deceiving yourself.

And the mystic is a totally different kind of human being. He’s not simply a genius, he is not simply a great painter or a great poet – he is a vehicle of the divine, a provocation, an invitation for the divine. He opens the doors for the divine to come in. And for thousands of years, millions of people have opened the doors for the divine to fill the atmosphere of this country. To me, that atmosphere is the REAL India. But to know it, you will have to be in a certain state of mind. When you are meditating, trying to be silent, you are allowing the real India to come in contact with you. Yes, you are right; the way you can find truth in this poor country you cannot find anywhere else. It is utterly poor, and yet spiritually it has such a rich heritage that if you can open your eyes and see that heritage you will be surprised. Perhaps this is the only country which has been deeply concerned with the evolution of consciousness and nothing else. Every other country has been concerned with a thousand other things. But this country has been one-pointed, a single goal: how human consciousness can be evolved to a point where it meets with the divine; how to bring the human and the divine closer.

And it is not a question of one person but millions of people; not a question of a day or a month or a year, but thousands of years. Naturally, it has created a tremendous energy field around the country. It is all over the place, you just have to be ready.

It is not coincidental that whenever anybody is thirsty for truth, suddenly he has become interested in India, suddenly he has started moving towards the East. And it is not only today, it is as old as there are records.

…And down the centuries, seekers have been coming to this land from all over the world. The country is poor, the country has nothing to offer, but to those who are sensitive it is the richest place on the earth. But the richness is of the inner. This poor country can give you the greatest treasure that is possible for human beings.

“India is an eternal journey, a path of nectar, stretching from eternity to eternity. This is why we have never written any history of India. Is history something worth writing? History is the name for the ordinary, the mundane everyday happenings which rise like a storm today but tomorrow not even a trace of them is left. History is just a whirlwind of dust. India has never written history, India has only tired to touch the eternal, in the same manner as a chakor, a red-legged partridge, goes on gazing at the moon, without even blinking….

I want to remind those who have forgotten, awaken those who have fallen asleep, so that India can regain its inner dignity, its pride, its snow-capped peaks – because the destiny of the whole humanity is linked with the destiny of India. It is not only a matter of one country: If India is lost in darkness, man has no future. And if we are able to give India its wings again, its sky again, fill its eyes again with a longing to fly towards the stars, we will not only save those who have an inner thirst, we will also save the ones who are asleep today, but who will become awakened tomorrow.

The destiny of India is the destiny of the whole humanity – because of the way we have refined human consciousness, because of the lamps we have lit within man, because of the flowers that we have cultivated in man, the fragrance we have created in man. It has been ten thousand years of ceaseless perseverance, of ceaseless yoga, of ceaseless meditation. And for the sake of this, we have lost everything else. For the sake of this we have sacrificed everything else. But even in the darkest nights of man we have kept the lamp of man’s consciousness lit. No matter how dim the flame may have become, that lamp still burns…..”

Ideally, I want to cut and paste the entire book here, because every word in this book resounds with deep meaning and magnificent beauty. Instead, I have to end this post with the lines that end this wonderful book.